We at Erich Courant are dedicated professionals who are committed to providing superior service to our clients.

We help our clients understand and manage their insurance needs. 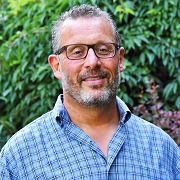 Howard has been an insurance retailer for twenty-seven years, with extensive experience in the areas of high end Personal Lines, Commercial Lines, Directors’ and Officers’ Liability, Employment Practices Liability, Professional Liability, Data Security and insurance for the real estate and technology industries. After fifteen years as a successful agent, Howard acquired Erich Courant & Co. in 2005 and still runs it today.

He is a 1990 graduate of the University of Rhode Island where he minored in Insurance. In 1992, Howard was awarded the CPIA (Certified Professional Insurance Agents) Young Producer of the Year award. He has also been designated as a Chubb Cornerstone agent numerous times over the past ten years.

Howard resides in Bergen County, New Jersey with his wife and three daughters. He is an avid skier and golfer. He also enjoys growing vegetables and perfecting recipes for his barbecue smoker.

Michael's family started in the insurance business in the 1800’s and Mike has been an insurance agent/broker for more than 40 years., writing casualty, life, health and a specialty program for jewelry designers. 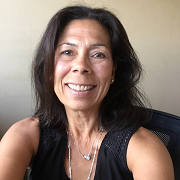 Yvonne was born in NYC. She has lived in Orange County, NY most of her life. She attended Pine Bush High School and Suny Orange Community College.

She began her insurance career back in high school through a class work program as a receptionist. She later became a licensed broker and has continued in this carrier field ever since. Yvonne has been with Erich Courant & Co since 1993 and has counseled many of our personal and commercial insurance clients. She has recently become involved in marketing in an effort to reach out to our clients and enhance our agency.

Yvonne appeared in a Chubb Insurance Company video that promoted a paperless workflow for insurance agents. You may recognize her voice – hers is the voice you hear on our telephone recording.

When she isn’t glued to a computer screen, she spends time at the gym, interval training, dancing in AyoJam or playing with her grandchildren, Andrew, Aliana, Dakoda, Aulani, Joshua, Brielle and Dyami. 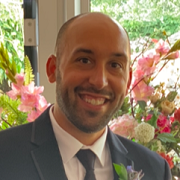 Justin was born in California. He has lived in the Hudson Valley, NY most of his life. He is an alumni of The Ohio State University and is a member of Sigma Alpha Mu

Justin is a licensed Property and Casualty Broker in the Tri-State area and has been working in the insurance field for more than 10 years. In 2012, he was awarded the CPIA (Certified Professional Insurance Agents) designation.

He is married and has eight-year-old twins, Andrew and Aliana that keep him very busy. When he isn't involved with the twins activities or coaching little league, you'll find him on the golf course or making beer. If you ask him, he'll tell you nearly anything about beer and local breweries. He is a devoted fan of the The Ohio State University Buckeyes so you'll lose any debate on college game day.

After obtaining her degree in Business Administration in 1981 Marlene began her career in the insurance industry. She has been involved in the industry for over 30 years, most of her career with Erich Courant. She has a tremendous work ethic and takes great pride in tailoring our client’s portfolio’s to suit their individual needs.

Marlene resides in beautiful Hunterdon County with her husband Tony, sons Anthony and Victor who are her greatest accomplishments. In her private time, she enjoys reading, all genres of music and walks with her beloved border collie Lucy. 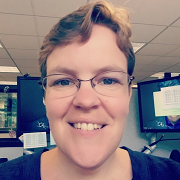 Victoria has been a licensed insurance agent for over 15 years. Starting out as a personal lines agent, she found the commercial lines side more challenging and made the switch. She has been with Erich Courant since 2007.

Victoria obtained her Certified Insurance Service Representative (CISR) designation in 2006 and continues to learn about the changes in the insurance industry. She is also a commissioned Notary Public.

When not working, Victoria enjoys spending time with her husband and three children.

Ida has been in the wonderful world of insurance for over fifteen years. She started with Erich Courant eight years ago and has become a valued and worthy member of our staff. She prides herself on honest and dependable work ethic as well as her ability to provide the best customer service to all our clients.

She is passionate and enjoys spending time with her children Ryan and Katelyn. She can also be found at the YOGA studio or spending some time at her favorite organic SPA. Though, she is happiest at home cooking for her friends and family and hosting a great gathering. 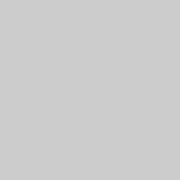 Krystyna’s experience in the insurance field began shortly after finishing high school. She spent nearly 15 years on the Personal Lines side of insurance and has worked her way into the Commercial Lines side for the past five years. In 2007, Krystyna was awarded the CISR (Certified Insurance Service Representative) designation.

When she’s not in the office, she can be found relishing in her favorite outdoor activities. She spends a great deal of weekends, Upstate. She enjoys snowmobiling, fishing, boating and spending time with her dogs. When she is cooped up indoors, her love for baking comes to life. Every holiday season, Krystyna makes delectable treats for all the people she adores.

Teolinda emigrated with her family from her native Dominican Republic at the age of 7 and has lived in the NY/NJ area for most of her life. Graduated from Emerson High School and attended Jersey City State College.

She began her insurance “journey” by accident while working as a Travel Agent at an Insurance and Travel Agency, where she would volunteer to type and mail out the monthly invoices to insureds and the rest is history. “T” as she is known around our office, has been a loyal member of the Erich Courant’s family since 1992, first in the Personal Lines department and subsequently in the Commercial Lines department. She has worked with the same clients for many years, which has allowed her to establish a frank and personal rapport with them.

Growing-up in a diverse community has brought Teolinda to discover her passion for being involved in it and for over 20 years she has done so in her local church, working with the children and the youth. Teolinda is a member and co-founder of a women’s group, whose mission is to edify, equip and empower women so they can physically, spiritually and emotionally be healthy pillars in their homes and communities. She hopes to someday become a grief counselor and be able to assist others in their period of adversity.